The opening bell has sounded and I certainly won’t be pulling my punches here.

It’s time for a head-to-head: a comparison of key data points of 50 (out of 200+) Indian Low Carb High Fat – LCHF / Keto – diet champions, with data from the Vegan Circus, as available on the World Wide Web. We will do the honours and present our collated data in tabular form below.

Due to space constraints, it was not possible to include details of medications reduced/eliminated; we’ve linked members’ names with respective success stories. Please feel free to click on whichever case study you would want to have a closer look at.

Moving on to the data. We’ve charted out all the success stories posted on the front end and entered figures into the table below. We’ve only posted stories of members who expressed interest in publishing their pictures alongside their success stories. There are over 150 other success stories that have been archived on the forum.

Now, for the sake of comic relief, here’s the chart from the Vegan Brigade, with a cohort of 49 diabetics. Compared with ADA diet, the vegan diet seems the lesser of two evils. Too bad it did not turn out to be the mic drop moment that vegans around the world were eagerly waiting to celebrate. Unimpressive improvement that did a volte-face after 22 weeks is hardly breaking news. Would these same Vegans try pitting their results against LCHF success stories? 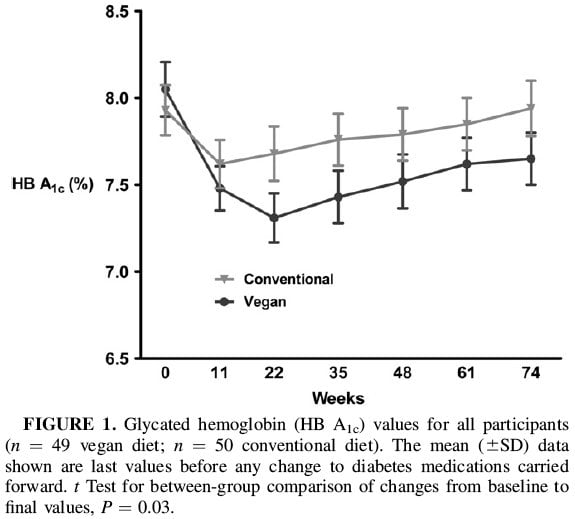 And all this so called improvement by finally pushing to hypocaloric diet? That’s why it is a vegan freak show. Remember, we don’t count calories. We eat to satiety. 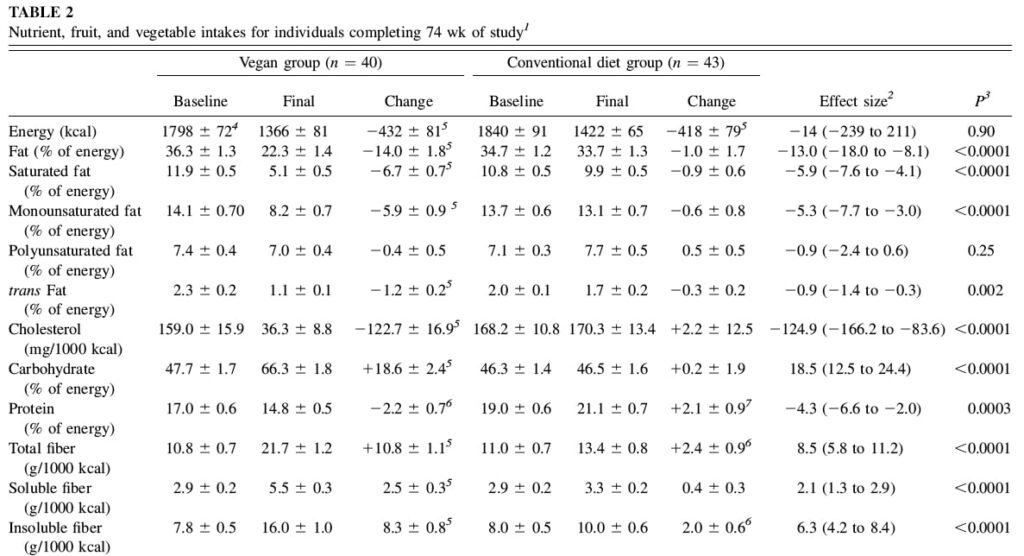 Do the comparison and let the results speak for themselves! It will be validation to a diabetic on Low Carb High Fat – LCHF & Ketogenic – diet.​ For comparison of numbers, refer point 6 through 8 in the Summary/Legend section right at the start of this pc.

Yes, the freak show organizers may start playing with Paradox and Anecdote — the two barbie dolls of the self-anointed — to defend their failure vs the success reflected in our data. Let them retire to their corner and lick their wounds – as long as they do it quietly, and fully clothed (PETA/PCRM, are you listening?)

Remember, at the end of the day, as diabetics, our ability to process carbs has been compromised. We simply cannot handle carbs efficiently. There’s nothing that Veganism can do to magically defy that science, despite religiously parroting GI nonsense. They insult the intelligence of the average diabetic when they say that 250 mg/dL is a good sugar level to aim for. Exactly which Vegan cretin says that, you wonder? Well, not one, but many do. Check out this article on the Vegan Freak Show.

With a few million dollars funding, one can even prove that LMAO (oh no not TMAO from meat – the new prop in a vegan freak show) causes heart attack. And when they’re done and dusted, we can do ROFLMAO while reading through their junk science.

Statistics (regression analysis of data to find some association between variables) is the most abused tool by so called health researchers. It can also prove that Justin Bieber reduced Cholesterol and FaceBook increased it. Not far is the day when ‘official’ sources will say it is imperative that you take one statin a day if you are on Facebook. For the love of all that’s holy!

Association =/= Causation, this is always conveniently forgotten in medical science; especially so among the saturated-fat bashers belonging to the cult of high-carb worshippers.

Has your patience worn thin dealing with attention-seeking circus clowns? Do you wish to take control of your own health and well-being? Wish you could throw a knockout punch to Diabetes? Take the first step by clicking the Join Now button below: